Please note that the Immigration Journalism Awards program is not accepting submissions for the 2019-2020 cycle.

Each year since 2011, the French-American Foundation has recognized the work of journalists published in English or French on the topic of immigration across the world during a ceremony held in New York.

The Immigration Journalism Awards promotes, supports, and rewards responsible and comprehensive media coverage on immigration issues by recognizing the work of two journalists: One award is given for reporting in English (The Immigration Journalism Prize of the French-American Foundation), and one is given for reporting in French (Prix Cercle des Médias). Both winners receive each $3,500.

The Awards Ceremony took place on October 2nd at The Cultural Services of the French Embassy in New York (Address: 972 5th Ave, NY). It convened an audience composed of international media and immigration experts, members of New York City’s philanthropic community, and members of our Board of Directors and featured Louise Arbour, UN Special Representative for International Migration, and keynote speaker.

More information about the 2018 Awards Ceremony 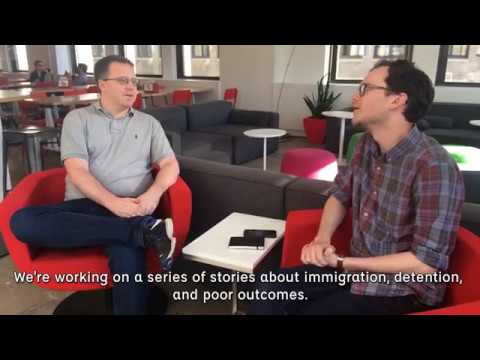