The Future of the Republican Party, October 7, 2020

In collaboration with the French Institute Alliance Française (FIAF), the French-American Foundation hosted a Zoom webinar to discuss the leadup to the November Presidential Election and the future of the Republican Party. The event featured guest speaker Douglas Heye, Senior Vice President for Media at CRAFT Media & Digital and CNN Political Commentator, and moderator Rickey Bevington, Senior Anchor & Correspondent at Georgia Public Broadcasting and Foundation Young Leader from the class of 2020.

The event began with the history of the present divide between Democrats and Republicans. Douglas and Rickey reviewed the dynamics between the two parties during the Obama administration, the point at which bipartisan dialogue began to degenerate, and the reactions within federal government to Donald Trump’s election in 2016.

Douglas spoke candidly about the uncertainty of the Republican Party’s future. He explored potential directions the party could take and how the results of the November elections might impact it.

Questions from the audience addressed the relationship between the party and Trump, the role of young Republicans in its future, and the influence of social media and other digital platforms on voter engagement. Taking place the day of the Vice Presidential debate, the discussion ended with an analysis of potential outcomes of the event with Kamala Harris and Mike Pence.

The French-American Foundation developed this webinar initiative to continue our mission of encouraging transatlantic dialogue while prioritizing the health and safety of our community during the COVID-19 pandemic. Our webinars take place throughout the month. 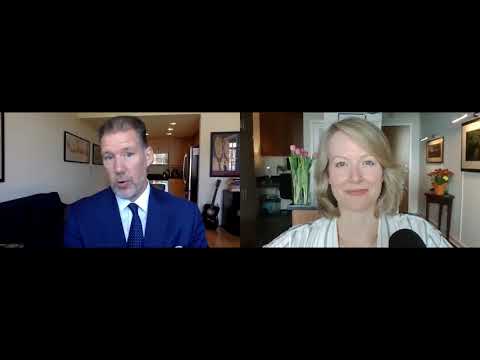