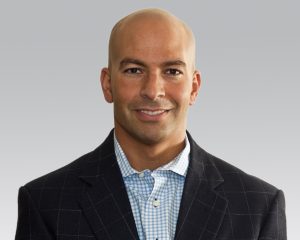 Peter is the president and co-founder of the Nutrition Science Initiative (NuSI). Peter is a former McKinsey & Company consultant, where he was a member of both the corporate risk and healthcare practices.

Prior to McKinsey, Peter spent five years at the Johns Hopkins Hospital as a general surgery resident, where he was the recipient of several prestigious awards and the author of a comprehensive review of general surgery. Peter also spent two years at the National Institutes of Health as a surgical oncology fellow at the National Cancer Institute under Dr. Steve Rosenberg, where his research focused on the role of regulatory T-cells in cancer regression and other immune-based therapies for cancer.

Peter earned his M.D. from Stanford University and holds a B.S. in mechanical engineering and applied mathematics from Queen’s University in Kingston, Ontario, Canada, where he also taught and helped revamp the calculus curriculum.

A short recent chat with Peter

Swim, ride my bike, talk about science and play with my family.

I want to understand better how French and American differ and are similar.