Since 1986, the French-American Foundation, with the longstanding support of the Florence Gould Foundation, has awarded annual translation prizes for the best translation from French to English in fiction and nonfiction.

The Translation Prize has established itself as a valuable element of the intellectual and cultural exchange between France and the United States, promoting French literature in the United States and providing translators and their craft greater visibility among publishers and readers.

On Friday, May 11 as we honored the best French-to-English translations published in 2017 during a lovely evening.

Melville: A Novel by Jean Giono, translated by Paul Eprile

The Principle by Jérôme Ferrari, translated by Howard Curtis

The Years by Annie Ernaux, translated by Alison L. Strayer 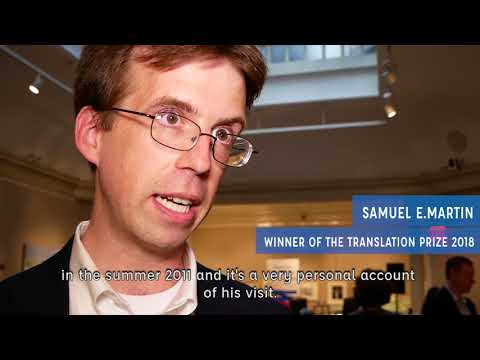