The Cultural Services of the French Embassy in New York - RSVP

The French-American Foundation’s Immigration Journalism Award is the first of its kind to focus on the crucial issue of immigration and integration worldwide. This initiative is currently in its seventh year of promoting, supporting, and rewarding responsible and comprehensive media coverage of issues pertaining to migration.

The Awards Ceremony took place from 6:00 pm to 8:00 pm on October 2nd, 2018 at The Cultural Services of the French Embassy in New York (Address: 972 5th Ave, NY). The French-American Foundation and Le Cercle des Médias recognized the work of two journalists for excellence in immigration reporting:

“The Teens Trapped Between a Gang and the Law”, The New Yorker

Our keynote speaker was Louise Arbour, United Nations Special Representative for the International Migration. It convened an audience composed of international media and immigration experts, members of New York City’s philanthropic community, and members of our Board of Directors.

Previous winners include: José Antonio Vargas, the Pulitzer prize laureate who revealed his status as an undocumented immigrant in 2011; Damien Cave, Bureau Chied in Sydney, Australia at The New York Times; Seth Freed Wessler at The Nation Institute, David Noriega and John Templon at BuzzFeed, Doan Bui at L’Obs, or Elise Vincent, journalist at Le Monde. 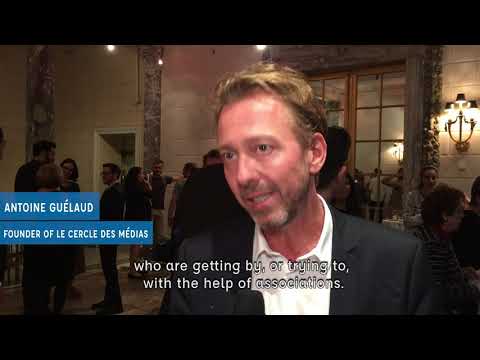