The French-American Foundation held its second Chicago Transatlantic Forum at the beginning of October with guest speakers Ambassador Bruce Heyman, former United States Ambassador to Canada from 2014 to 2017, and Tom Wyler, Senior Vice President for Global Strategy and Business Development at PSP Partners LLC. The event was hosted by the Consul General of France, Mr. Guillaume Lacroix, at his residence and was moderated by Frank Sensenbrenner, Quantitative Risk Management at the US Commodity Futures Trading Commission.

The group examined the upcoming US presidential elections and the candidates running in the Democratic Primary. Among the topics discussed included the most likely candidates to challenge President Trump in 2020 and trade dynamics between the US and Mexico and the US and China. Finally, speakers and Forum members broached the topic of the impeachment inquiry against President Trump. For more information about the impeachment inquiry from a transatlantic perspective, take a look out our In the News about the history of the process in France vs the US.

The Chicago Chapter represents a growing interest in transatlantic relations between leaders in France and the United States. The French-American Foundation is delighted by the enthusiasm for the program and the success of our growing initiative. Our next Chicago Forum will take place in the Spring of 2020. 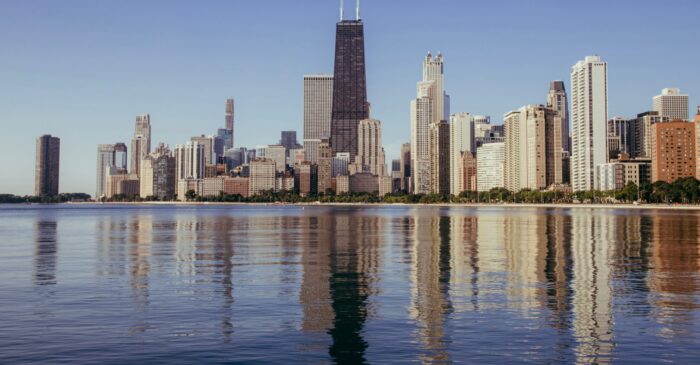