Q. At the age of 21, you served as a Peace Corps volunteer in Guatemala. Fast-forward to the early 90s, you were appointed by Bill Clinton as Director of the Peace Corps, responsible for managing about 7,000 volunteers in over 80 countries. As the first director to have previously been a volunteer, what did you learn on the ground in Guatemala that later served you in your role as Director? How, in your own words, did you leave your mark on the Peace Corps?

I’m not sure of the mark I left on the Peace Corps, but what I am sure of is that the Peace Corps left an indelible mark on me. It definitely changed the direction of my life. I was in the library during my senior year at Gettysburg College in Pennsylvania when I came across a pamphlet about the Peace Corps. I was 21 and had never been out of the New York-New Jersey area, so the appeal was part adventure, part wanting to help save the world. It felt interesting and exciting. So I signed up, and then told my parents.

I graduated in June of 1963 and went off to Peace Corps training in New Mexico for four months. Even though I have now spent my last 30 years in international work, I always say my first cross-cultural experience came in 1963 and was meeting people from Tipton, Iowa, Noblesville, Indiana and northern California.

I was assigned to a village called Santa Elena in the Peten region of Guatemala. It was a jungle then; there were no tourists. I lived with a family that owned a little pharmacy, and I slept in a little room in the back of the pharmacy. My work started with building the relationship with the family, then moving outward to their relatives, neighbors, and the community at large. People were wondering what Americans were doing there. Were we on vacation? Were we working for the CIA? First, I had to win their confidence and respect.

I worked on helping create school gardens, and teaching simple nutrition. I had a weekly short-wave radio show, focused on women and children’s health and nutrition—we talked about boiling water, keeping flies off food, and 20 ways to use a banana. Much to the amusement of my friends, the show was called “Ama de Casa,” something like “The Housewife’s Hour.”

What I learned, over the years, starting with my time as a volunteer and later, as Peace Corps Director, is that success isn’t simply a matter of counting how many children have been educated or how many water systems installed. The key Peace Corps’ success is, first and foremost, building trust with communities. Once that’s established, whatever the project the volunteer is working on will have impact. Flexibility and creativity are crucial to Peace Corps work. And failure is always a part of success.

Q. After earning your law degree from NYU in 1968, you accepted a position at the prestigious firm Cravath, Swain & Moore. As a guest on the NYU Birnbaum Women’s Leadership Network podcast, you recounted a time when your boss at Cravath sent you to take clients out to lunch at a club where, at the time, women were barred from entering all but one room during lunch time. Upon arrival, the women’s room was full and you were turned away, unable to dine with your clients.

Later on, when working in City government, you successfully introduced a law to open private and exclusive clubs to women “and others,” you added. What are some other instances in which you have led reforms to achieve justice and equality?

In addition, after serving three terms in the New York State Senate, which previously saw only one woman elected, you went on to be the first ever woman elected as President of the New York City Council. What were some of your accomplishments as City Council President? What advice would you give to young women striving to break gender barriers and reach positions of executive leadership in male-dominated sectors?

By being the first woman in history to be elected to city-wide office in New York, I brought diversity to city government leadership—historically all male—by my very presence. It was very important to me. I sought to add diversity to the staff of the Council President’s office: my General Counsels were women and we invited African-Americans and Latinos to join the staff.

In addition to helping open private clubs to women, I also led efforts to reform the city’s foster care system; we introduced fairness into the education system for pregnant teens; increased attention and funding for mental health services; and as a member of the city’s pension system board, we divested from South Africa during the apartheid regime.

My advice to all young people striving to break barriers is: Do your homework; listen to people with differing opinions; surround yourself with people who will challenge you; don’t be afraid to fail; make clear decisions; and always help others, especially those who have been historically discriminated against.

Q. Let’s discuss your extensive and valuable work in the humanitarian and nonprofit sectors –– in addition to your former role as Director of the Peace Corps, you are Chair of the Board of the Global Community Engagement and Resilience Fund and, previously, Executive Director of the United Nations Children’s Fund (UNICEF), President and CEO of World Learning, and the Chair of children’s rights advocacy organization ECPAT International. Is there one thing, in particular, that you are most proud of when reflecting on your path in human rights and social impact work? Past and present, what has kept you motivated and allowed you to advance positive change, despite setbacks?

I’m proud to have emphasized the rights of children worldwide while at UNICEF. The Convention on the Rights of the Child had just been globally ratified when I got to UNICEF in 1995. It sets out the civil, political, economic, social, health and cultural rights of children, and views children as human actors in the world, rather than as victims. Children have a right to live without poverty or war, and without being trafficked or beaten. They have a right to education, and health. At UNICEF we held governments to account.

While at UNICEF I also expanded the budget, and increased our capacities to respond to emergencies, whether natural disasters or wars, as well as our work in education and child protection. If a girl receives at least a primary education she is more likely to be economically secure, less likely to be a victim of violence, and her children are more likely to be born healthy. This is both simple and profound.

In all my work, I’ve been motivated by the wonderful people I’ve had the opportunity to work with across many disciplines, as well as by the belief that every human being can make a difference.

Q. You were among the very first class of Young Leaders in 1981. Whether it be advancing in your career, building friendships, or enriching your relationship with France, can you say a word on how the program has influenced you? And, in addition to being a prominent alumna of the Young Leaders program, you were recently elected as a French-American Foundation Board member. Félicitations! What are you looking forward to bringing to the Foundation?

I was fortunate to be a member of the Young Leaders program in both 1981 and 1983 There were many interesting people in my groups. One was a future general named Wesley Clark, another a basketball player, future Senator, Bill Bradley and another was a woman named Hillary Rodham Clinton.

Obviously, I was very interested in municipal systems at the time. It was while I was in Paris that I first saw the route boxes that were on the bus stop signs. Public transportation signage in Europe was so much better than what we had. I was very impressed, and brought the idea back to New York City. As a member of the MTA Board, I pushed the MTA to add Guide-A-Ride boxes that showed the bus routes at each stop. They’re still there, only now they’re electronic!

Participating in the French American Foundation Young Leaders Program taught me about how interconnected our world is and about the importance of global respect and understanding, as well as relationships. I hope to add to the strong support for the Young Leaders program and support our efforts to increase diversity and inclusion in all FAF activities. 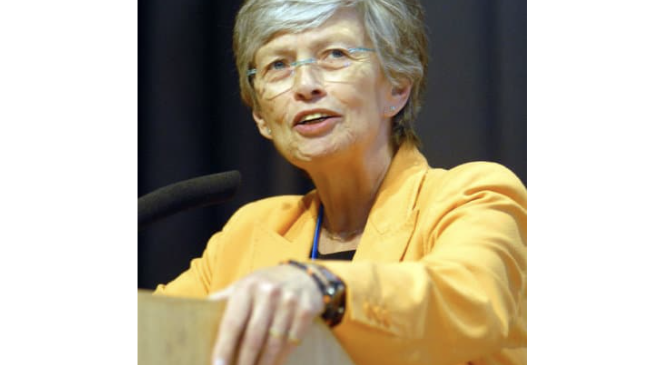