The Foundation’s flagship program brings together an incredible group of leaders from every possible background, all in the name of forging bonds between France and the United States. Where else can you trade ideas with an Olympic athlete, a CEO of a startup, an Air Force pilot, and a member of Parliament all in one setting?

Created in 1981, the Foundation’s Young Leaders program brings together a vibrant group of French and American professionals, aged 30 to 40, from an incredible array of sectors whose common link is their passion for forging bonds in a globalized world and using their influence for the common good.

In this two-year program, alternating each year between France and the United States, a group of 40 Young Leaders spends five days together discussing issues of common concern, meeting with local and global specialists, and getting to know one another. The Foundation covers Young Leaders’ travel and lodging expenses for both meetings.

After two years as Young Leaders, participants join an active community of lifelong alumni. Alumni attend and organize events, use the network to advance common causes, and are encouraged to contribute to the program’s future success.

Among the Young Leaders alumni include more than 500 inspiring people: entrepreneurs and technology experts; fighter pilots and military commanders; lawyers and diplomats; artists, novelists, and filmmakers; philanthropists, financiers, and heads of state.

Just to name a few:

“The best and the brightest doesn’t even begin to describe the Young Leaders that make up this unique and impactful group. On my recent trip to France, I had the pleasure of getting to know government and military officials, entrepreneurs and innovators, a film executive, an astronaut, and so many more who are changing the ways our countries think and operate. I know the lasting bonds we formed will forever deepen the relationship between the U.S. and France. And on a personal level, in my first month as a Young Leader I met a new writing collaborator who has already helped change the trajectory of my career. I’m thrilled to be part of this important community.”

“The Young Leaders program was a fabulous—even once in a lifetime—cross-cultural experience. Over two years, I spent two weeks making new friends, staying in great accommodations, and talking about cutting edge issues with interesting and accomplished people, all in the name of strengthening the bonds between France and the United States. I only wish I could do it all again.” 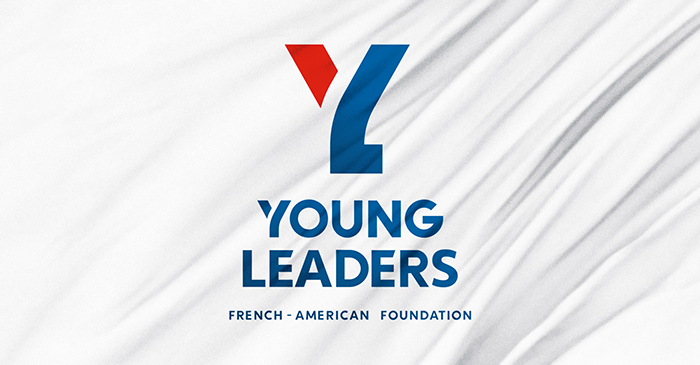