All our fellows have published their work. Jacqueline Charles is a Pulitzer Prize finalist and Emmy Award winning Caribbean Correspondent at the Miami Herald. She began her journalism career at the Herald as a 14-year-old high school intern before graduating from the University of North Carolina at Chapel Hill’s School of Journalism and Mass Communication.

Jacqueline’s assignments have taken her throughout the Caribbean as well as Liberia, Kenya, Italy, Mexico and Canada. She serves as a member of the University of North Carolina Chapel Hill’s Journalism and Mass Communication Board of Advisers. In 2015 she was recognized by UNC as a Distinguished Alumni.

*Project Synopsis: Last year Haiti lost 105,000, or 1 percent of its population to Chile. The following is a series of stories exploring this new shift in Haitian migration from the Dominican Republic, Canada, and now the United States as a result of President Trump’s harsher immigration stance, to Chile. The fastest growing migrant group alongside Venezuelans, Haitians face language and cultural barriers as well as racism and discrimination. Here are the links to this three stories-package.

– Journalist at France 24 and RFI Jessica Le Masurier is France 24 international news channel’s New York and United Nations Correspondent. She has been working for France 24 since 2009 and has been based in New York City since 2013. She is particularly interested in stories focusing on human rights. Jessica is multilingual, she has reported from over 20 countries and has been based in London, Buenos Aires, Moscow, Paris and New York over the course of her career. She was educated at Oxford University. She is British Italian American with French ancestry.

*Title Project: Is Trump shutting the door on the Muslim American dream?

* Project Synopsis: We are doing a story on the repercussions of Trump’s immigration policies for Muslims living in the US. We will film our story in Dearborn, Michigan, the US city with the highest concentration of Muslims. We will ask how they feel about the rise of islamophobia here in the US and examine if Trump’s policies are unconstitutional. The TV documentary will be broadcast in English, French and Arabic. It will be between 15 and 30 minutes long.

Jason Motlagh is an award-winning multimedia journalist whose work focuses on human rights and lives lived in extremis. Formerly Time Magazine’s Afghanistan correspondent, he has reported from more than fifty countries and a half-dozen conflicts spanning West Africa to Southeast Asia for National Geographic, Outside, The Washington Post, The Guardian and The Economist. He’s an International Reporting Fellow with the Pulitzer Center on Crisis Reporting and founder of Blackbeard Media, an Oakland, California-based company that produces news documentaries for Al Jazeera, National Geographic and SBS Dateline. Jason also hosts investigations for AJ+, Fault Lines and People & Power.
www.jasonmotlagh.com

*Project Synopsis: The Myanmar military’s ethnic cleansing campaign against the Rohingya minority may well be genocide, and a familiar current of Islamophobia is one of its drivers. In a 4,500-word magazine story for The New Republic, Jason Motlagh explores this theme and its impact on a single refugee family who narrowly escaped a mob of Buddhist vigilantes and and fled to Bangladesh with help from a smuggler. Tracking their journey step-by-step in a foreign land, we learn about the dehumanizing conditions they left behind, the loss of homes and loved ones, their staggering journey to safety — and the uncertainties that now confront them in squalid refugee camps where the threat of a massive public health crisis and radicalization loom large. Katie Schlechter is a freelance print and radio journalist based in Mexico City. She reports on migration, LGBTQ issues, sex work, addiction, international law/policy as well as U.S. involvement in Latin America, past and present. Prior to her freelance career, she completed her M.A. in Latin American and Caribbean Studies at New York University.

* Project Synopsis: Mexico’s current law against human trafficking is being used to round up women, mostly migrants from Central America, working in cantinas and/or doing sex work in the southern state of Chiapas. Critics argue that the law places these women into one of two rigid categories, victims of trafficking or traffickers of others, even when little evidence supports either designation. While the international press has largely oversimplified the issue and praised the law’s crackdown on sex trafficking, migrant women are being deported and sentenced to prison for crimes that they have not committed. 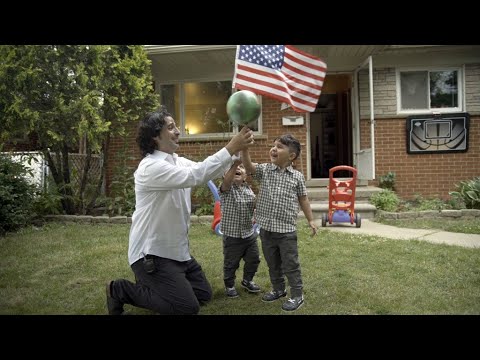